Is it eczema or psoriasis?

How to identify and treat these common skin conditions

So you have a nagging, frustrating itch that just won’t go away. Maybe it also stings and burns, or you’re itching one spot so much that it’s bleeding. Maybe it’s dry, red, and raised to the touch.

No matter the variation in your symptoms, you just want to know what this is so you can get cleared up fast. But, is it psoriasis, or eczema? Here are the differences between the two, the causes, and what you can do to treat them.

What is the difference between psoriasis and eczema?

Eczema is a common skin condition that causes dry, itchy, inflamed skin. For many people experiencing eczema, they think they simply have sensitive skin or allergies.

Both skin conditions reoccur, going through flare-ups caused by certain triggers. They can present similar symptoms, but the causes, location of the irritation, long-term effects, and some symptoms are vastly different between the two.

Eczema can look red on lighter complexions or dark brown, purple, or gray on darker complexions, and has a blotchy, scaly, or leathery appearance. The skin will feel very dry, could feel bumpy or raised, and will be very itchy. In fact, you’ll likely notice the itchiness before the rash develops. But don’t scratch! Scratching will make the skin more inflamed, irritated, and can result in bleeding or infection.

Psoriasis has a slightly different appearance. Though psoriasis also causes red patches, the patches will be thick with silvery scales, called “plaques.” The skin will feel very rough and dry, and may produce a burning, itching feeling.

Where does eczema and psoriasis occur?

Eczema occurs most often in the areas of your body that bend—think behind your knees, your neck, your ankles and wrists, or the inside of your elbows. It can also happen on your hands, especially after frequent hand washing.

Psoriasis, on the other hand, doesn’t really discriminate when it comes to which areas of the body it impacts, and can range from a few small patches to affecting large areas of the body. However, there are more common areas that psoriasis will appear, such as the elbows, knees, face and scalp, palms of your hands, soles of your feet, in skin folds, and more rarely on your nails, on your mouth and lips, or your eyelids and ears.

What are the causes of eczema?

The exact cause isn’t well understood, but risk factors could be genetics, environmental factors, asthma, or allergic rhinitis. Eczema will likely reoccur due to certain “triggers” such as skin irritants—certain soaps, laundry detergents, disinfectants, scratchy fabrics like wool—or products that are heavily fragranced, like perfumed lotions. If you or someone in your family have a history of sensitive or dry skin, asthma, hay fever, or other allergies, you’re more likely to develop eczema.

Eczema can also be triggered by stress or anxiety, heat, humidity, or changes in moisture on the skin, such as sweating or washing and drying your hands frequently.

That said eczema is not contagious, so if eczema shows up, you don’t have to worry about passing it to someone else.

What are the causes of psoriasis?

It’s not clear what exactly causes psoriasis, but experts believe it’s a chronic, autoimmune disorder that causes your immune system to speed up skin cell growth. When you have psoriasis, it goes through flare-ups caused by physical and environmental triggers.

Some of these triggers can be:

Psoriasis, like eczema, is also not contagious, so no need to worry about passing it to a friend or family member.

Why am I getting psoriasis all of a sudden?

While eczema most commonly occurs in infants and young children, with around half of children continuing symptoms into adulthood, psoriasis very rarely shows up in young children. Instead, psoriasis usually shows up between the ages of 15–35 and continues to cycle through flare-ups for the rest of your life.

But if you’re starting to experience psoriasis, don’t panic! There are plenty of ways to manage flare-ups and prevent new ones.

What should I do if I think I have eczema or psoriasis?

An eczema or psoriasis flare-up will go away over time, but it can be difficult to deal with the itching and discomfort while your skin heals.

Your symptoms may subside through a combination of:

With Virtuwell, you can start a visit anytime, anywhere, as long as you have access to the internet. You’ll answer a few simple questions, detailing your symptoms and medical history, and submit a few photos of the affected area.

A certified nurse practitioner will provide you an individualized treatment plan, and send a prescription steroid cream to your preferred pharmacy, if necessary. They will also recommend the best self-care tips to stop the itching fast, ease your symptoms, and help prevent future flare-ups.

If your symptoms don’t start to improve in four days, call your care provider. Remember with Virtuwell, free follow-up care is included with every visit.

You are just a few steps away from starting your healing process. If you’re tired of resisting the urge to itch, start your visit with Virtuwell, and get started soothing your skin right away. 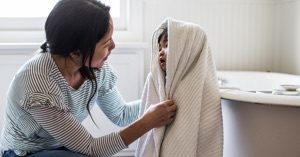 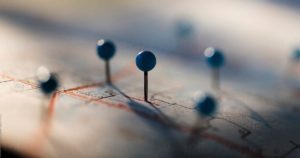 How do online clinics, urgent care and walk-in clinics compare?