Flu season is quickly approaching, but do you know what it is—and what it isn’t? Do you know what can help prevent it and where to go to get treatment? That’s why we’re here. Consider this your 101 on the flu.

First, we experience flu epidemics each year during what’s more casually known as “flu season.” Flu season usually runs from about October to March, typically peaking in January or February. Some flu seasons may be milder than others.

Unfortunately, last year the flu hit hard and stuck around for a while. The Centers for Disease Control and Prevention (CDC), listed it as a “high severity” season for each age group – the first time each age group was classified as high in the same season since the tracking began in 2003-2004.

If you’ve ever been hit with the flu, you know it’s not something worth repeating. So here’s what you need to know about the flu this year.

The flu vaccine is still our best shot at not catching the flu each season. And science tells us even if the flu shot is not the exact strain circulating, it will still offer protection and decrease the severity of your symptoms.

The vaccine takes about two weeks to develop full immunity or protection, so a good goal is to have the shot by the end of October. But if you miss that deadline, it’s still okay to go in for a flu shot. The flu season can go as late as May.

Not all flu is the same

If you’ve got symptoms that have you doubled over, throwing up or nauseous, it may be the stomach flu, or what doctors call gastroenteritis. Like the seasonal flu, it’s often caused by a virus. But in this case it’s affecting your stomach lining and intestines.

Seasonal flu has a set of specific symptoms.

You can also sometimes have a little nausea, but nothing as intense as the stomach flu. With the flu, you can barely get out of bed with the aches and fatigue. 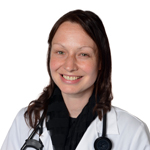 Wondering if it’s the flu? Symptoms like body aches and a high fever can come on with a bang. You’ll feel like you got hit by a bus.

Despite any popular social-media circulated lore, the flu vaccine is still our best shot at not catching the flu each season. It is our number-one available protection.

When to be on high alert

It’s good to stay aware of when and where the flu is traveling. If symptoms hit, you want to get treated asap. Anti-viral medications like Tamiflu® work best if you start taking the prescription within the first 2 days of symptoms.

If you’re an otherwise healthy person, online care is an option that will help you start your prescription right away without spreading the flu in waiting rooms.

We treat the flu

But it’s a good idea to be seen in person if you are in, or caring for someone in, a high-risk group.

Especially if you fall into any of these categories, the flu shot is so important. And we can never stress enough the importance of handwashing. That simple step is one of the best ways to fight the flu.

A widely used source for understanding flu vaccine news, flu outbreaks, and flu trends is the CDC. If you’re experiencing signs of the flu, learn more about treatment at virtuwell.