Antibiotic resistance explained and what it means for you

Almost everybody has benefited from taking antibiotics at some point in their life. The lifesaving drug has been a staple of modern medicine since 1942. But recently the topic of antibiotic resistance is being talked about a lot, causing confusion for many. Aren't antibiotics a good thing?

Antibiotics do save lives. It's because they are so important in the fight against infection that doctors are becoming concerned about resistance issues.

“Resistance” in this case refers to the bacteria which evolve to resist the antibiotics we are using to treat them. It's not our bodies becoming resistant to the drugs, as some mistakenly believe.

When this happens, infections from these bacteria become much harder to treat, and often require hospitalization.

The Center for Disease Control reports that each year over 2 million people in the U.S. are diagnosed with antibiotic resistant infections. This includes those with simple non life-threatening health conditions, and more significantly those with major medical issues too.

Organ transplants, cancer therapies, joint replacement, and treatment of chronic diseases like diabetes all rely on antibiotics to keep patients healthy. However, with the rise of antibiotic resistance the risk grows, and treating these patients becomes more dangerous.

What can we do about it?

The biggest factor that can slow the development and spread of antibiotic resistant bacteria is to only use antibiotics when they are truly needed. 30% of antibiotics prescribed in doctors’ offices or emergency departments in the U.S. are prescribed unnecessarily. Antibiotics can be a wonder drug for some bacterial infections, but they do nothing to treat infections caused by viruses.

Antibiotics are ineffective against viral infections like the common cold, flu, and bronchitis.

How do we use antibiotics?

Antibiotics are an essential tool in the virtuwell treatment toolbox for some of the conditions we treat. Many sinus and ear infections are viral, so it’s important to decide when an antibiotic is needed or not. If we diagnose you with a bacterial infection, our practitioners will treat with an antibiotic prescription.

When it comes to conditions that don’t need an antibiotic, including viral infections, we have other effective ways to reduce and eliminate the symptoms. Some involve a different prescription, and some are recommendations for specific over the counter medications.

When you get treated at virtuwell, we'll partner with you to help reduce antibiotic resistance by being stewards of appropriate antibiotic use. Together we’ll be creating a safer environment for you and your community. 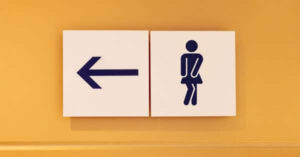 Another UTI? Why is this happening? 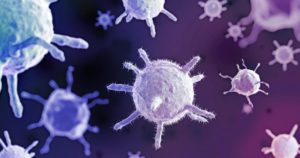 Viral or bacterial? What’s the difference?